The store will not work correctly in the case when cookies are disabled.

By Vortex Nation
No comments

Most deer hunters are aware that nutrition plays an important role in antler development. I’m sure most hunters would also say they are generally concerned with the overall health of the deer herd where they hunt. However, not much ink in magazines is dedicated to maintaining healthy doe populations.

I know, it’s not as glamorous as reading about a giant buck that someone pursued for several years. However, if hunters want more opportunities to encounter “shooter” bucks, it all starts with a doe giving birth to a fawn that not only survives but thrives. The foundation for a healthy deer herd begins with habitat. We can argue at length over genetics, hunting regulations, and other factors, but I can assure you, if a deer lives in marginal or poor habitat, that deer will never reach its fullest potential, including antler development. 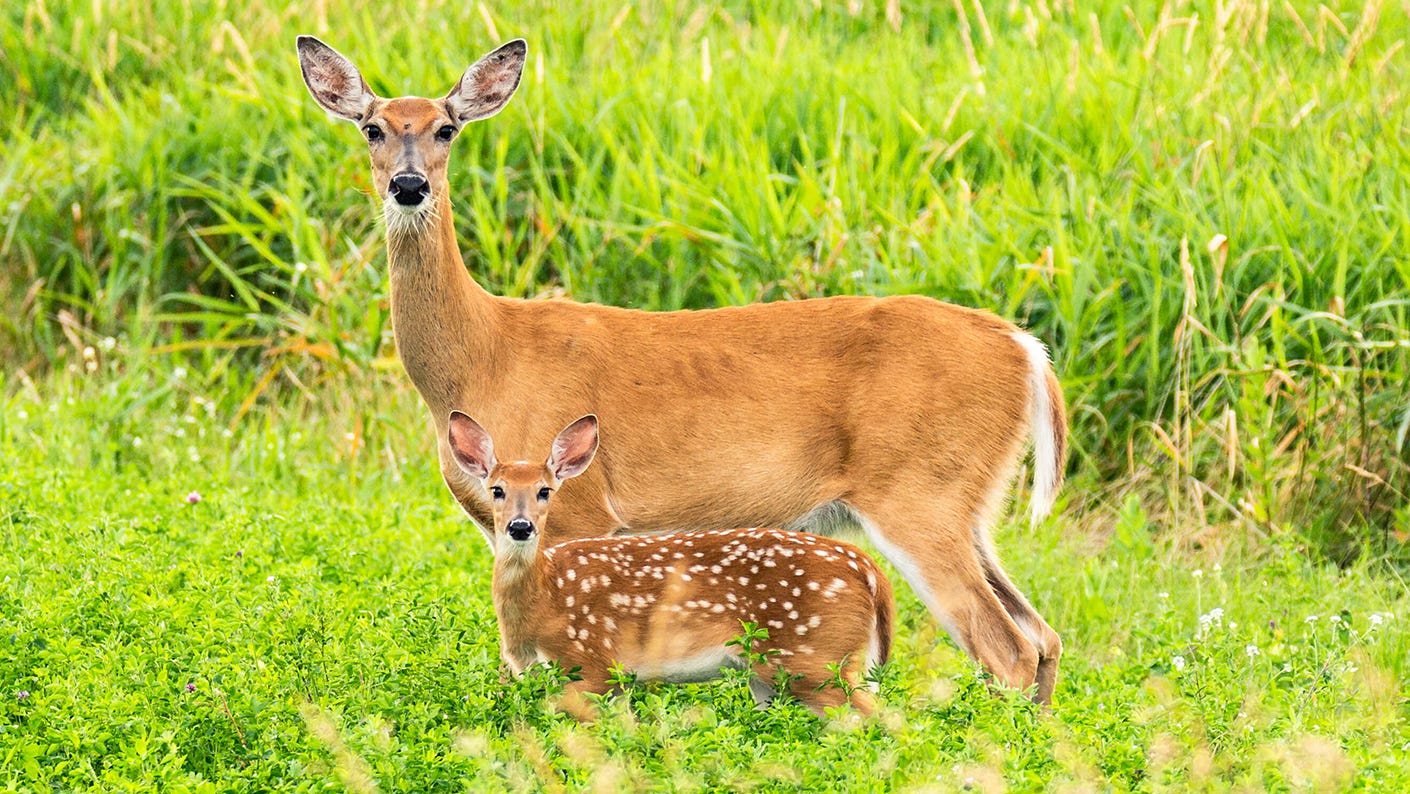 Want to encounter more shooter bucks? It all starts with maintaining a healthy doe population.

Although most of us dream of sitting in a tree stand on a crisp November morning, it’s spring that sets the stage for new life for most animals, and deer are no exception. In late winter/early spring food is at its most limited availability. In general, whitetail deer need 16% crude protein (CP) to maximize growth. Deer can survive on 6% crude protein, but any self-respecting conservationist would never wish for their most beloved wildlife species to merely survive, rather we wish for them to thrive.

Where whitetail does are able to find 16% crude protein during late winter and early spring is often the problem. Some of you are already thinking there is an easy fix, supplemental feed. Although that can, in certain situations bolster necessary dietary deficiencies, there is plenty of research that suggests wild deer perform better on natural foods when available. Food plots would be the next go to cure for many hunters and land managers. I too use food plots for deer management, but they are not a silver bullet.

There are two types of natural deer food sources that exceed the CP requirements throughout any season of the year: woody browse and forbs (weeds). Deer, including pregnant does, need woody browse and forbs prior to fawning to maintain adequate body condition. By comparison, grasses never meet the CP requirements at any time during the year. Many agricultural crops are only available for short time periods or lack the appropriate nutrition during certain growth stages. Likely not by coincidence, pregnant does prefer to give birth in areas rich in forb growth. 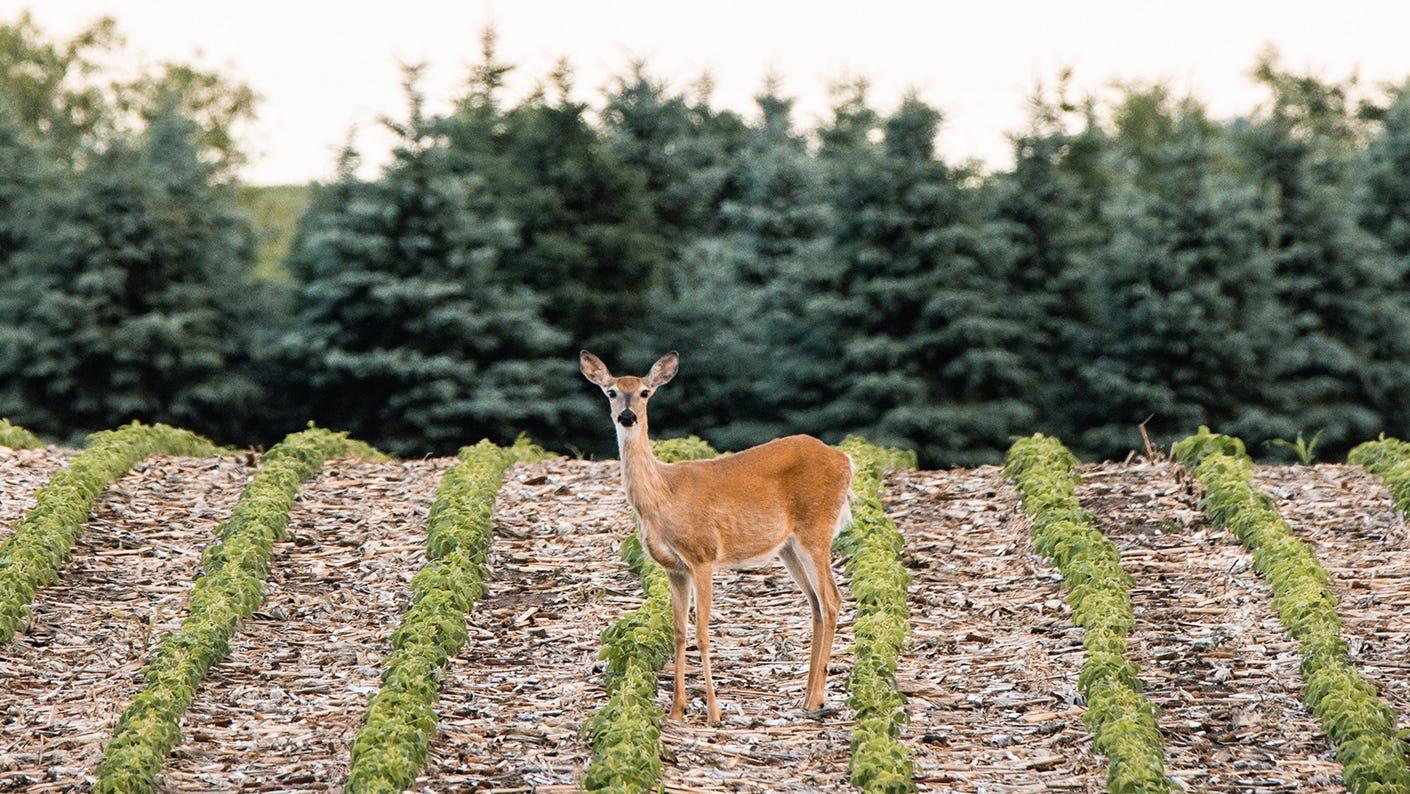 Agricultural fields can be a big source of doe nutrition, but they’re far from a perfect food source.

There is plenty of research evidence that doe nutrition strongly correlates with fawn survival. One Texas study revealed that during periods of drought, fawn survival dropped below 20% at times, whereas survival exceeded 90% when adequate rainfall occurred. This was attributed to the lack of vegetative growth due to the lack of rain. This lack of vegetative growth results in the pregnant doe being unable to fulfill critical nutritional requirements, which in turn results in lower fawn birth weights.

Both examples above are weather related, a factor neither hunters nor land managers can control. However, both groups have opportunities to make significant differences in available resources to promote healthier habitat. The number one factor for poor nutrition is typically poor habitat.

Build the habitat and they will come

Landowners/managers need to conduct purposeful management to increase woody browse and forbs. This can be accomplished a variety of ways, including thinning timber, prescribed burning, and ground disturbance like light discing or herbicide treatments. Some common preferred woody browse where I live are sprouts from the cut stumps of elm, dogwood, and several species of oak trees. Green brier is a woody vine that is heavily browsed across the deer range. Forbs that are relished include common and giant ragweed, croton and goldenrod. Some forbs are not available until late spring, but they are critically important to a doe during lactation. 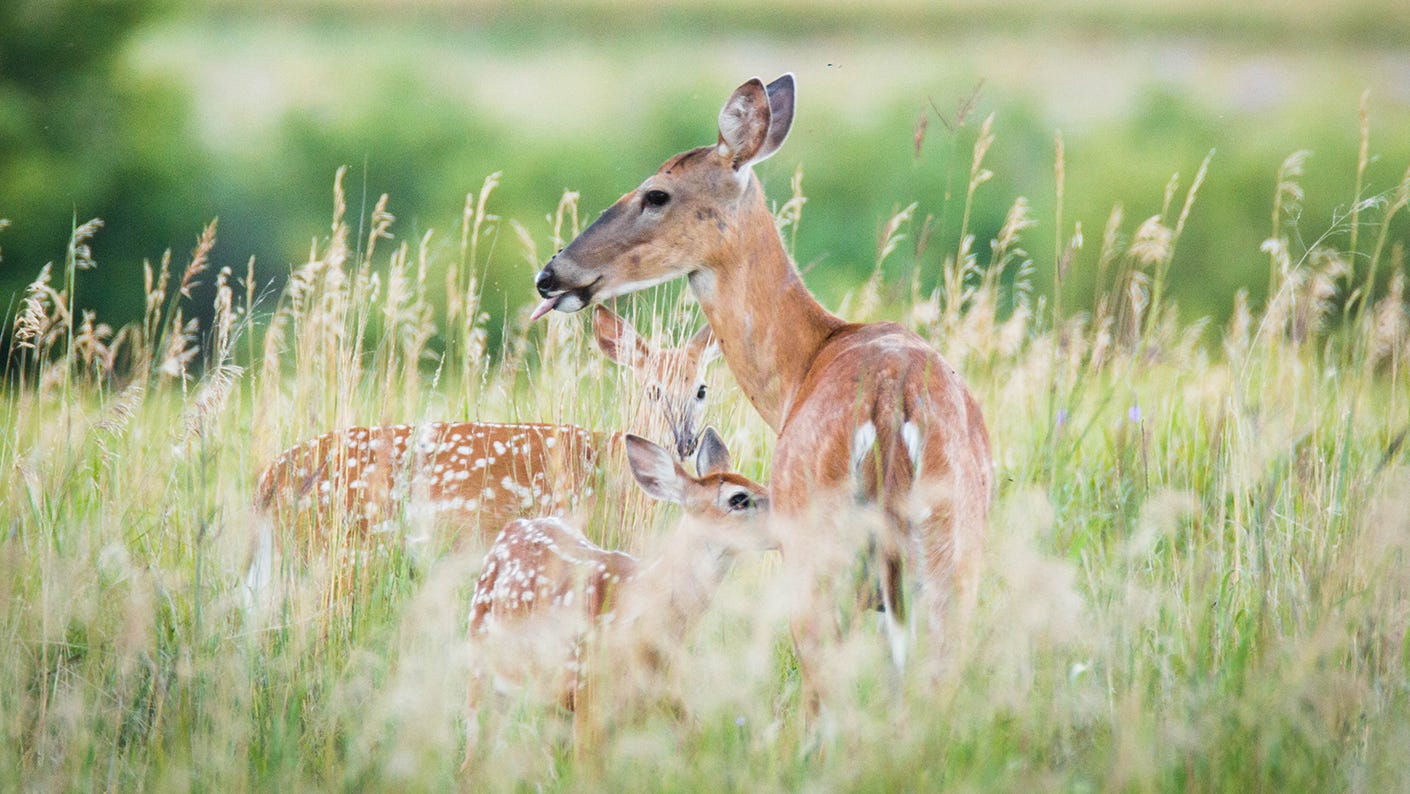 Land management can go a long way toward making sure does have the nutrition they need, when they need it, to raise strong offspring.

Hunters who may not have the ability to direct habitat management activities can still aid in improved doe health. Deer densities that exceed habitat carrying capacity result in reduced food availability for each deer. This not only directly affects the doe’s body condition, but also increases herd stress. Many research projects have proven that increased stress levels also reduces fawn survival. Even fawns that do survive but are birthed from stressed mothers, have been shown to develop slower, particularly during their first year of life. Hunters need to actively participate in doe harvest to ensure deer densities are maintained at the proper level. During consults, clients often ask “when is the best time to shoot does?”. My standard answer is “whenever you can”. Putting doe harvest off until the end of the season often results in hunters losing interest, running out of time, or a stretch of bad weather, all of which sometimes result in few does getting harvested.

Take some time to consider every aspect of herd management, including nutrition and fawn survival. Make a plan to address whatever aspects you can influence. Who knows, your next “shooter” may be one of the fawns whose mother had access to quality nutrition and lived a stress free life!

Want to learn more about how land management can make you more successful? Checkout this blog on edge feathering. And, be sure to listen in to our podcast with Land and Legacy on how you can manage your land for more successful hunting.