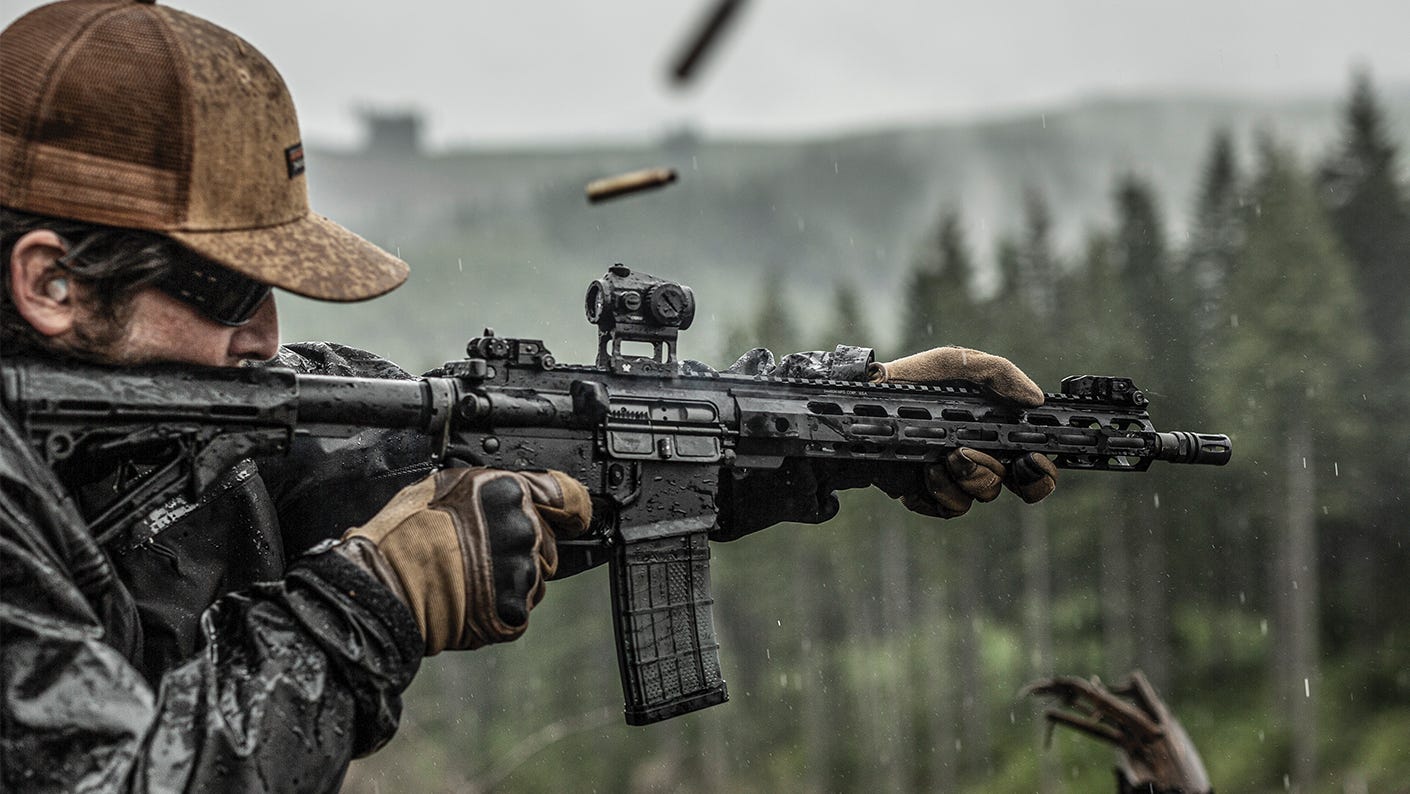 If you’ve spent so much as five minutes Googling “Optics for my AR-15,” chances are you’re already aware the internet wants you to top it off with either a red dot or an “LPVO.” For those not yet privy to the cool-kid language, “LPVO” is short for “Low Power Variable Optic” which is jargon for any optic that starts on a true 1x magnification and goes to a higher mag like 4x, 6x, 8x, or even 10x in some cases.

Acronyms and jokes about information gathered from the internet aside (you are getting this information from the internet, too, after all) the general consensus is “Get a red dot if you only shoot 100 yards and in, and get an LPVO if you intend to shoot further than 100 yards.” Seems easy enough, but I can say at least for myself, I know there’s always exceptions to general rules of thumb, and I want to know as many of the ins and outs as I can to make the best decision for me and my exact application.

Over the years working at Vortex, I’ve answered thousands of questions around optics for AR-15’s and had thousands of my own as well. Maybe a few of these match questions of your own, or can bring in a new perspective you hadn’t thought of yet.

Here are some of the most frequently asked questions about the optics we put on our AR’s (We’ll start with red dots, then, next week, we’ll hit LPVOs):

Most common questions about red dots

“Why are there so many different shapes and sizes?”

With red dots, you’ve got little tiny open-top options (Like our Viper® or Venom®), Fully-enclosed micro dots (Like our Crossfire® or SPARC® AR), and even larger options that mount using regular riflescope rings (Like our 30mm Strikefire® II Red Dot). At their core, they all work the same – A small LED shines, and a parabolic lens reflects the image of the shining emitter back to your eye, giving you a “red dot” smack in the middle of your FOV, which you can sight-in and use as a point of aim. The various sizes and shapes just adapt this technology to better fit different firearm platforms and end user needs/preferences. 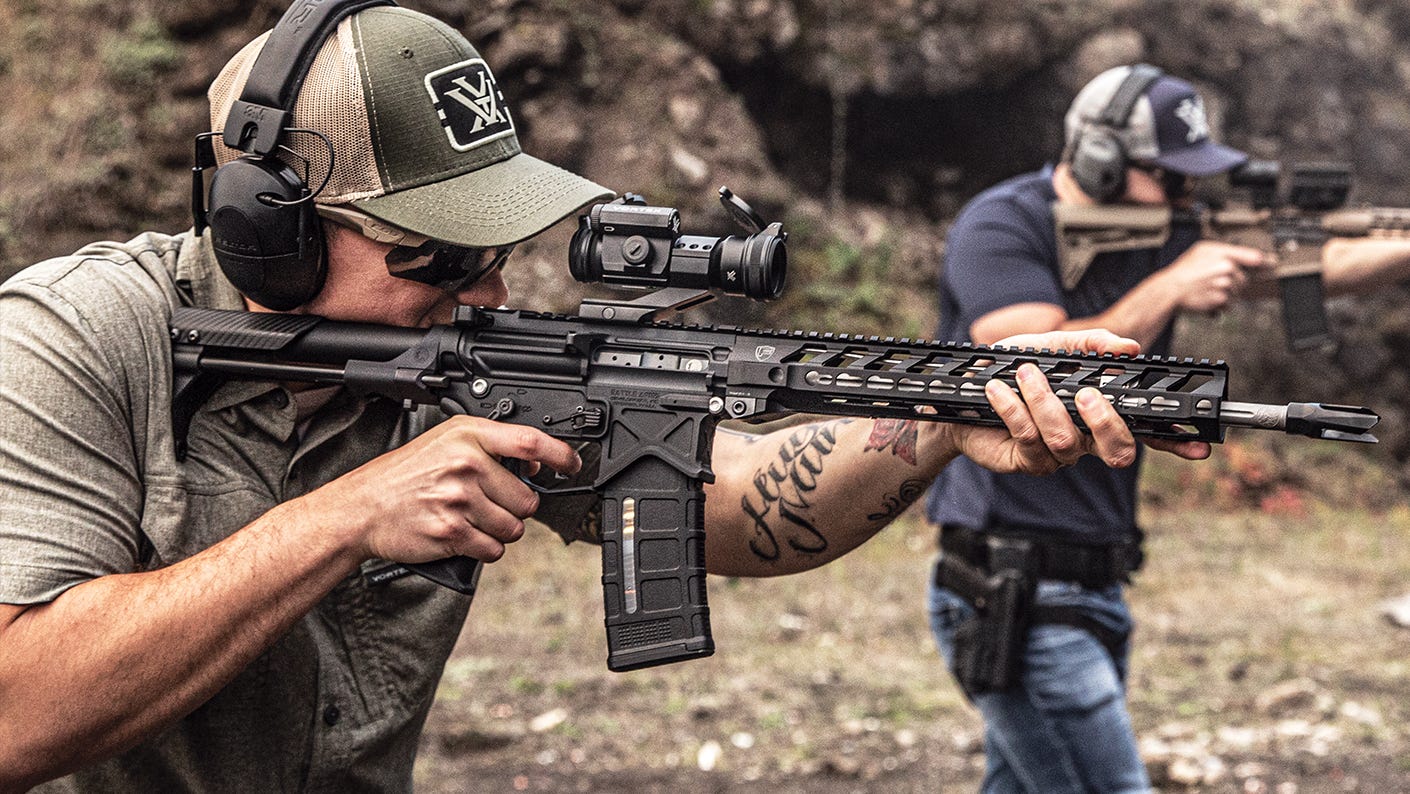 “Dot size” is a term we use to describe how much of your target down range the red dot will cover up, and therefore many shooters use this as a baseline for how accurate they can reasonably expect to be with that optic.

It’s usually measured in MOA rather than a linear unit of measure like inches/centimeters because it varies depending on your target’s range—for example, a 2 MOA dot will cover up *about* 2 inches of your target at 100 yards, but at 10 yards, it will only cover up *about* .2 inches. Just like how holding your thumb up in front of your face, you can make it cover up an entire skyscraper miles away, whereas it doesn’t even cover up one door handle of that building when you’re standing right next to it. Neither a large nor small dot size is better than the other; it all depends on what you’re looking to get out of the sight performance-wise.

When it comes to mounting red dots, it’s the wild west out there, folks. There’s different heights, offsets, forms of attachment, quick release and non-quick release, etc. Luckily, most red dots will come with some kind of base that can usually be used perfectly fine, but sometimes you’ll have to switch it up. Since we’re only talking about AR-15’s here, that makes this a bit easier. 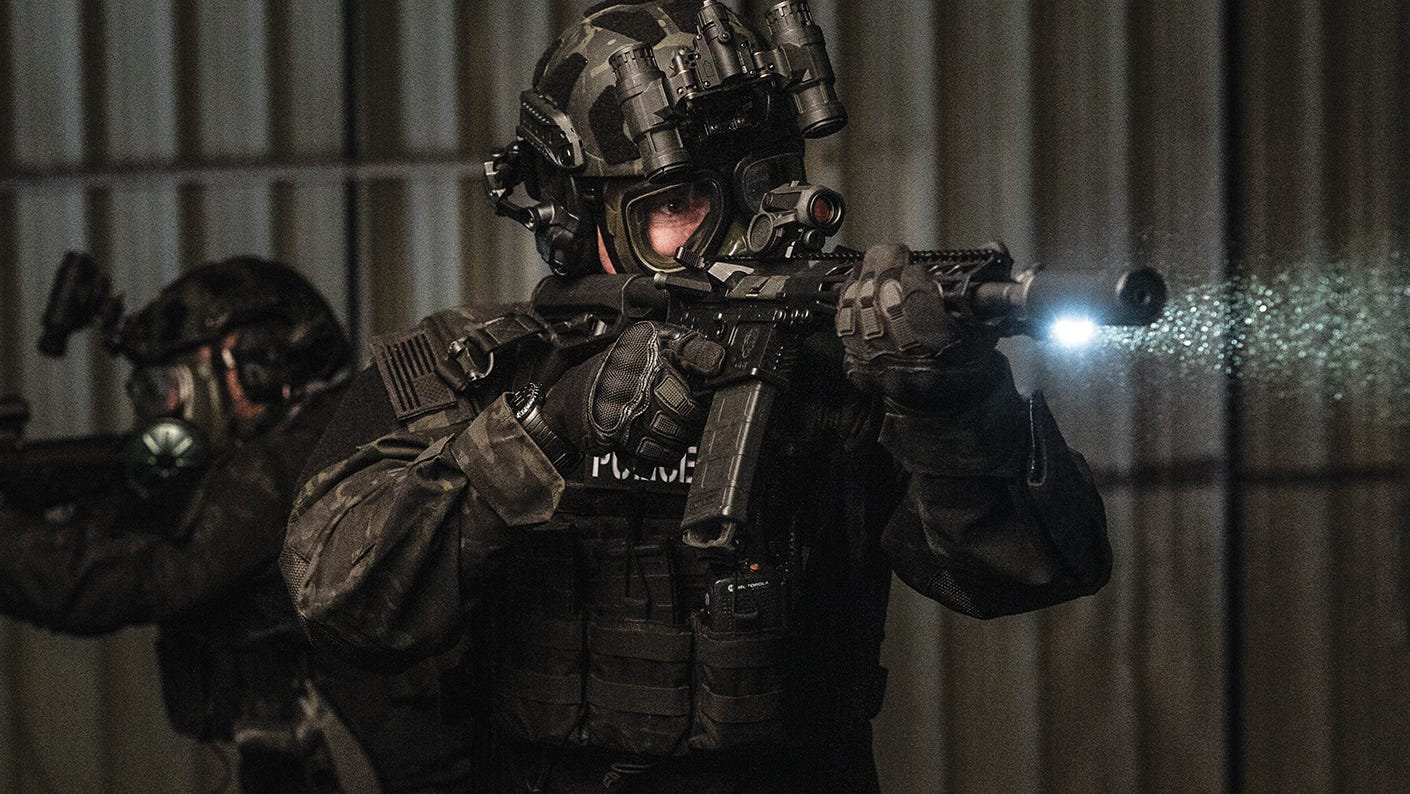 The term “Co-witness” is my least favorite term of all time. It’s in reference to your red dot’s sight height in relation to your iron sights and the term really gets people way too focused on how their red dot looks or “lines up” relative to their iron sights (whether fixed or flip-up style on your AR).

The two sighting systems themselves are 100% SEPARATE. You should sight them in separately and use them separately, no matter what the internet tells you. The whole point of a red dot is to be fast and to eliminate the need to have to line up more than one thing on multiple focal planes (i.e. – why irons are harder, slower, and more difficult to master).

Make sure to check out next week’s blog on the most common questions about putting an LPVO on your AR. In the meantime, checkout this