What’s the best optic for your AR? Let’s talk LPVO’s.

What’s the best optic for your AR? Let’s talk LPVO’s. 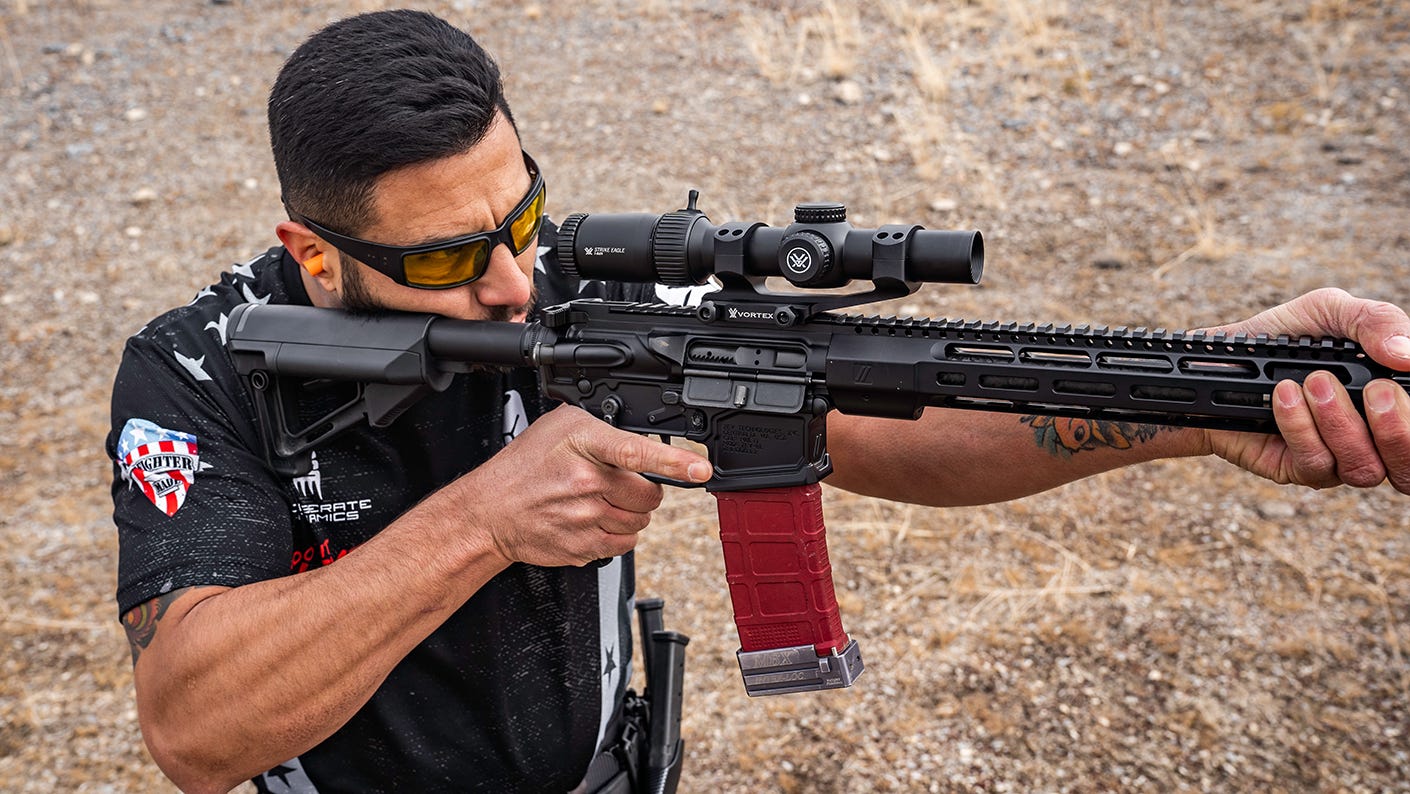 Low Power Variable Optics (LPVOs) can take your AR way down range, while still providing an effective point of aim in close.

Last week, we dove into the art and science of why you might choose to mount a red dot on your AR, and some of the “how-to.” But what if you think an LPVO is the way to go? (If you need help answering that question, check out this podcast on all things LPVO, and this blog on whether or not an LPVO is right for you.)

Here are some of the most common questions I get on LPVOs:

Short answer – yes. Long answer – your brain might not think so. LPVOs that start on true 1x for their lowest magnification are indeed true 1x, optically speaking. Get behind one with your own eye(s) and you may feel the image through the scope is a bit different than it was when you were looking with just your naked eye. 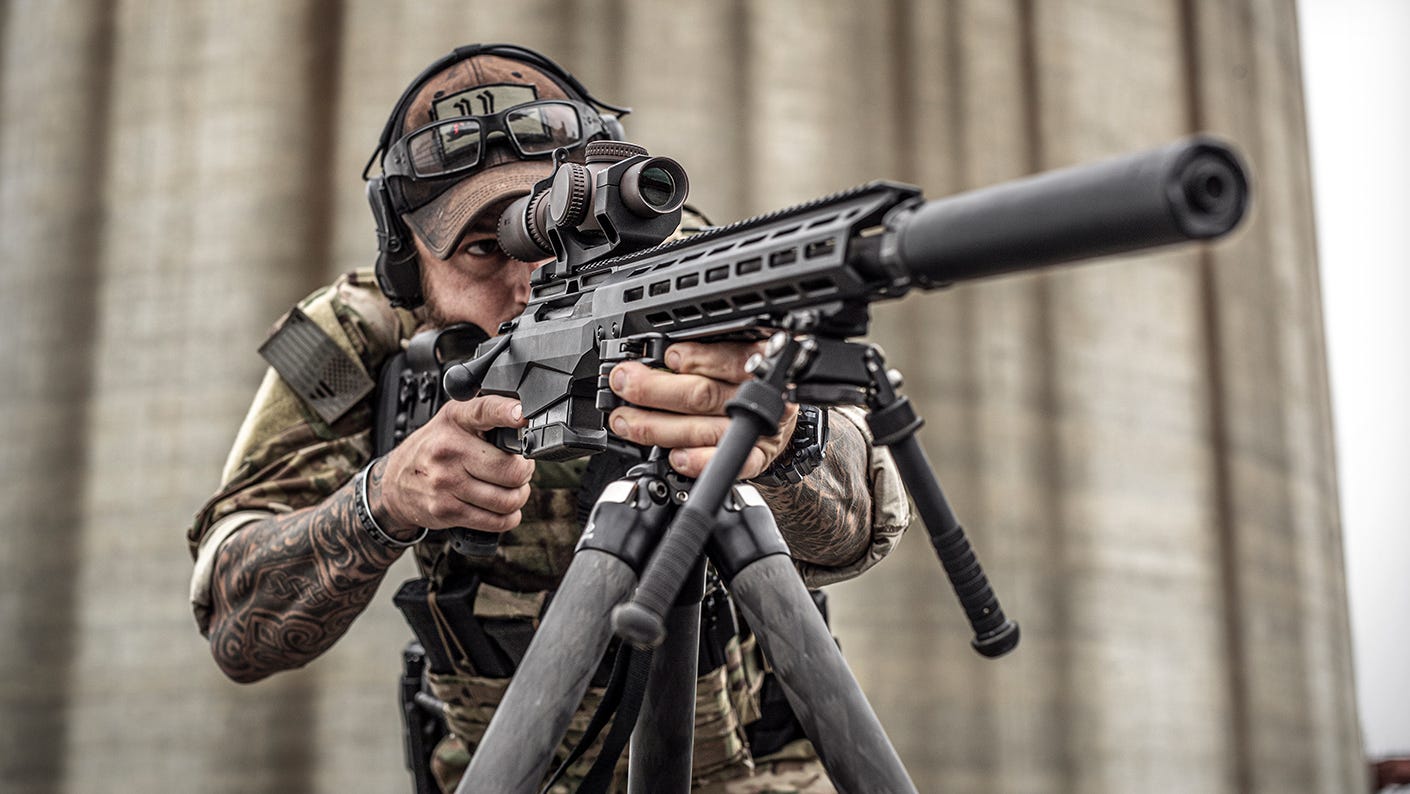 “That tiny objective can’t be good!?”

Most LPVO’s have comparatively small objectives to their higher mag riflescope cousins - Does this mean their image brightness, quality, and low light performance suffer? No! In fact, many of the LPVO’s in our lineup are often recommended to shooters who ask for a great optic to use specifically in low-light scenarios. The objective lens in a riflescope is indeed important, but far too much priority is often placed on it, and even more specifically, it’s size.

In every optic, there is a whole host of lenses behind the objective that are actually the ones making use of the light it brings in, and they are what really determine how nice your image looks in all lighting conditions. Optical engineers specify the objective lens, its material and its size, for a very specific reason to work optimally with the entire system of lenses behind it, and often times to “Just tweak it and make it bigger” would actually create a suboptimal result.

On a bright day, if you get the opportunity, grab a gun with a red dot and bring it up to your eye. It’s bright red dot is immediately apparent, easy to see, and quick to get on target. Do the same thing with a 1x riflescope without the illumination on. It shouldn’t feel dreadfully slow, but the thin little black lines of the reticle coming to a cross at the middle aren’t as fast for your eye to tell your brain about. Plain and simple, there’s something about a bright shining little red light that our eyes are immediately drawn to in any daylight situation.

Riflescopes have a harder time getting their reticles to shine as bright as red dots, and many times their illuminated reticles are just for use in low-light scenarios, or when shooting at a target with a cluttered, shadowy, or dark background. Some riflescopes, though, especially when it comes to LPVO’s— which are intended to be used like red dots in close quarters on 1x—have special reticles designed to get mega bright. So bright, in fact, that even in situations with harsh direct sunlight or intense reflection of light off surfaces like bright white snow, that reticle’s illumination is bright enough to actually give you an advantage in speed and reticle acquisition. 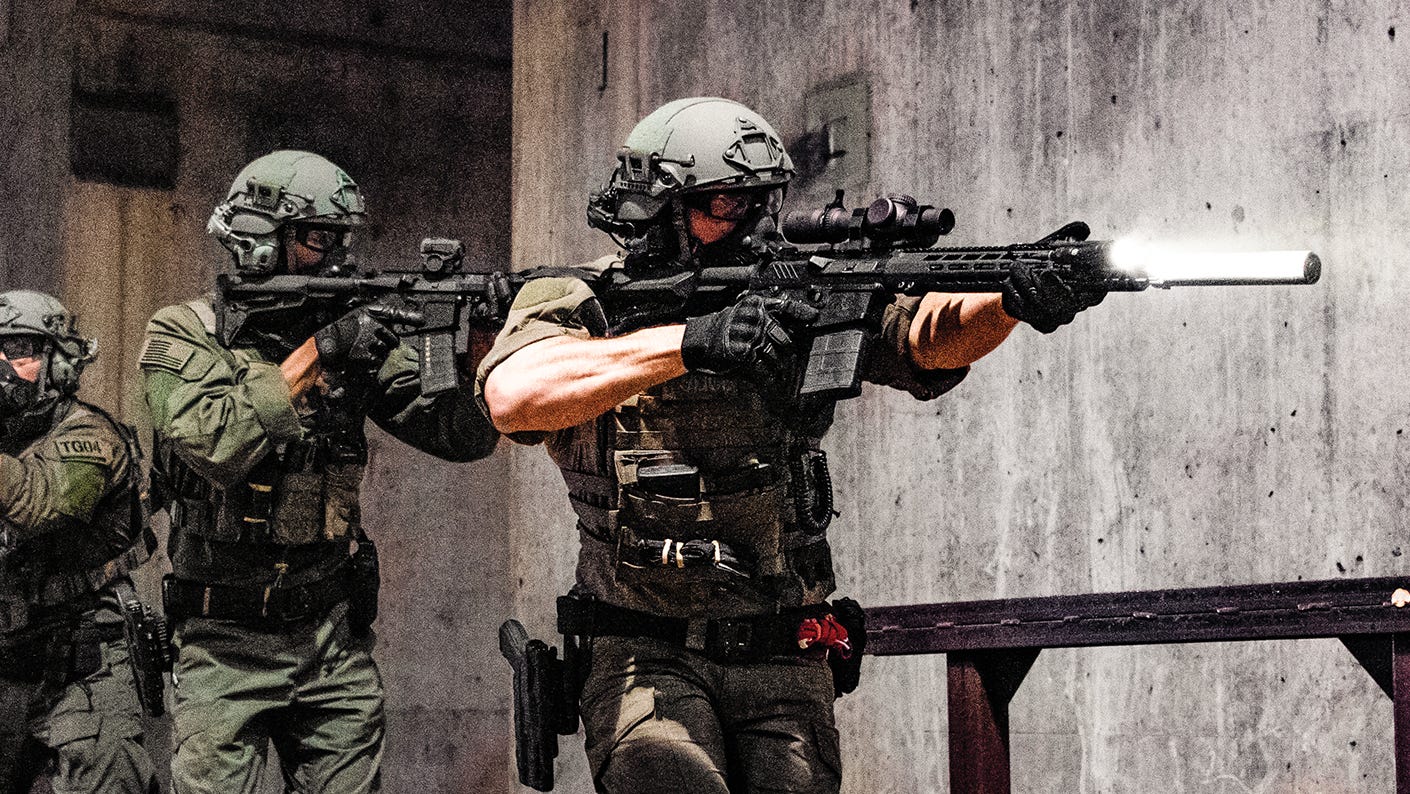 Red dots do a couple of things really well. LPVOs, on the other hand, tend to be a “jack of all trades” optic, ready for close-quarters work, and fully capable of going down range.

So you can have an LPVO that goes from 1x, like a red dot, to 4x, 6x, 8x or even 10x to make shooting at longer distances much easier… Why even bother getting one of those antiquated red dots?

As the technology continues to get better and better with LPVO’s, the gap between their performance on 1x and the performance you’d get in close quarters, fast-shooting scenarios with a red dot continues to shrink. That said, no riflescope optic, with all its lenses and bending of light, will ever be able to match the intuitive speed, simplicity, and lightweight-ness of a red dot.

Think of red dots as specialty pieces of equipment. Do you want something that can do fast, close-quarters shooting amazingly well and the rest doesn’t matter? There’s your answer. LPVO’s, on the other hand, are your jack-of-all-trades optics. They can hang with the red dots reasonably well when it comes to running and gunning in tight spaces, and then turn around and post up on a bench or in the prone position and send rounds down range with reasonable accuracy next to the bigger, bulkier, and higher magnification optics.

This is often a question asked about long-range riflescopes, but with the increased popularity and performance of LPVOs, it’s being asked for scopes on ARs as well. Either is perfectly viable in the right configuration, depending on your particular application. Here are some variables to consider:

All else similar, FFP is always going to be the more expensive option. FFP is the one where the reticle appears to grow and shrink as the image grows and shrinks when you change magnification. It exists for shooters who wish to use the hashmarks, dots, lines, etc. for holdovers, corrections, or spotting. Since the reticle grows and shrinks at the exact same rate as the image, it’s always in perfect scale to the image, so those reticle features can be relied upon on any magnification.

FFP reticles always get pretty small on the lowest power, and especially in a 1x riflescope, they get very tiny – to the point you really can’t use any of those reticle features anyway because you simply can’t see them. In a scope that goes up to 6x, for example, you’re really going to have a hard time seeing those features well enough to use them until you’re basically already all the way up on 6x and the reticle has gotten big enough. In a SFP riflescope, sure you can’t use those reticle features on any power but the highest power, but that’s pretty much what you’re already doing with the comparable FFP riflescope anyway, so why pay more for FFP?

As the magnification goes up from 6x, and we see 1-8x or 1-10x LPVO's, there becomes many more usable magnification settings between the lowest and highest powers that can make great use of an FFP reticle. FFP is all about flexibility, so it's safe to say that the LPVOs with mag ranges that offer more flexibility in the types of shooting one can do can start to benefit more from a reticle that provides more flexibility, too. (For more on choosing an FFP, checkout this blog.)

Hopefully, you feel like you’re ready to make the best choice for what type of optic to put on your AR. If not, or if you just need some more information, hit us up on any of our social channels, or give us a call for more help. Want even more on LPVOs? Checkout this blog on making sense of magnified optics on tactical carbines.