Is an LPVO right for you?

Is an LPVO Right for You? 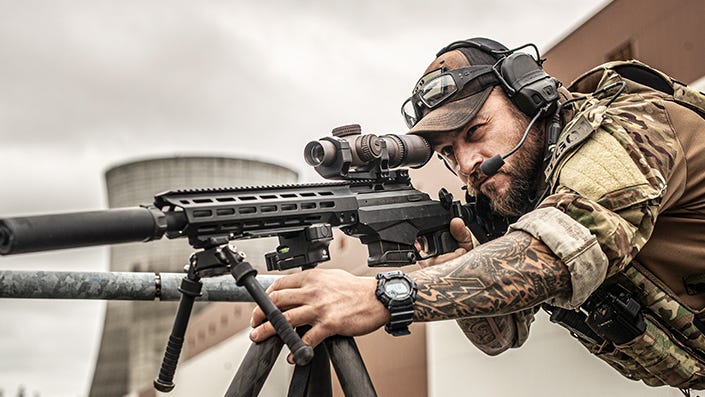 If you’re a fan of AR’s and tactical carbines, there’s a good chance you’ve either heard about LPVOs (Low Power Variable Optics) or considered buying one for your rifle. Offering an ideal combination of speed and downrange accuracy, LPVOs can help turn your rifle into a short- and long-range solution for competition and defense.

But what the heck is an LPVO, and why, when you go on the web, is everyone telling you to get one? Maybe we can help.

LPVO … What does that even mean?

Low Power Variable Optic. Essentially, this is referring to any riflescope whose magnification range starts at a true 1x on the low end and goes up to a highest magnification of 4x, 6x, 8x and, with our new Razor® Gen III 1-10x, even higher. So relative to the traditional riflescope, it's fairly “low power,” and it "varies" by being able to magnify your image anywhere between 1x and its highest magnification.

The common way you'd see one of these written out, using our Strike Eagle LPVO as an example, would be “Strike Eagle® 1-6x24” with the 1-6x meaning it goes from 1x on the low end, to 6x on the high end, and the objective lens is 24mm in diameter.

What are they used for? Why would anyone want such a low power riflescope?

Primarily used on AR-15's and other carbines that see a combination of close-quarters, fast-moving shooting as well as mid-range engagements, the LPVO's real advantage is versatility in comparison to red dots and holographic sights, which are true 1x.

As modern firearms, ammunition, and training have advanced the capability and accuracy of our military, law enforcement, and private citizens, more and more people have started to go this route to really get the most out of their “Do-it-all” weapon. Door kicking to downrange, the LPVO has you covered.

How is the 1x compared to a red dot?

It's great, but not quite as great as a red dot, which is why red dots and holographic sights are still around. It's unlikely LPVO's will ever truly match the feel of shooting with a red dot or holo sight, just because they have to use a full optical system of lenses and things to deliver you a true 1x image rather than the image just being right there, the same as it would be if there were no optic at all and you were looking at a target with your naked eye.

That always brings up some questions, like "If it doesn't feel the same as a red dot or holo, then how is it “true 1x?” Great question: Just because an image is technically being magnified (or not magnified) at “true 1x” doesn't mean it will feel the same as when you're just looking with the naked eye. Magnification refers to how much something is being magnified, not what it feels like to look at. The red dot and holo sights will always have the edge when it comes to how they feel to look through at 1x in super-fast, close quarters situations. However, LPVO's are certainly used in these situations every single day all over the world with great success.

LPVOs are the perfect choice for someone who wants to do close-up, fast-action shooting but also wants to hit targets out at mid-range distances (500-800 yards). A red dot would be better at CQB-only and a high-power scope would be better at precision-only, but neither could do both like an LPVO can.

Want to pair your LPVO with a tactical carbine? Check out our Making Sense of Magnified Optics on a Tactical Carbine Part I & Part II blog series on the topic. And, don’t forget to check out the Razor® Gen III 1-10x.